If you are looking for ways to be awkward so you would know what not to say on a first date, you have come to the right place. If you wish to troll, once again, this is where it is all at, laid out for you. Some of us are born socially awesome, but most of us are the spitting image of the socially awkward penguin. Admit it, you have probably related to far more socially awkward penguin memes then you care to acknowledge. Right here is the ultimate guide on how to be awkward, on so many levels. Suppose you are going out on a first date with someone you really like. How to be awkward right from the start? Right here is the ultimate guide on how to be awkward, on so many levels. Suppose you are going out on a first date with someone you really like. 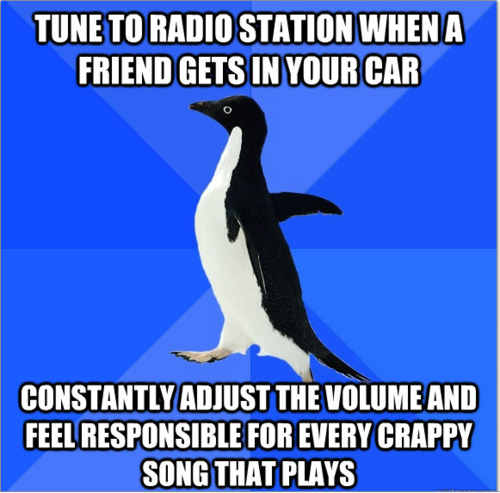 How to be awkward right from the start? And when they finally do, ignore them for a few additional seconds, just to add a little edge to it. This is the next important step, The Awkward Handshake.

You can have a solemn facial expression, or a ridiculous grin, whatever you think would work best. So, now that you are both at the same place at the same time, you should do something fun, right? Like, go somewhere? So, the next awkward thing you should do is to be as indecisive as possible. Take a long time to agree to something, but then keep talking to your date, or even to yourself, about the pros and cons, and change your mind.

Then switch back to the original idea, and then change your mind to something completely different. While you are out doing something, you two should probably talk to get to know each other. This is kind of awkward in itself, as you can never be sure what to talk about and what not to mention, but to spice things up, you have two options: reveal nothing, or, reveal everything. In option number one, you avoid any meaningful conversation. 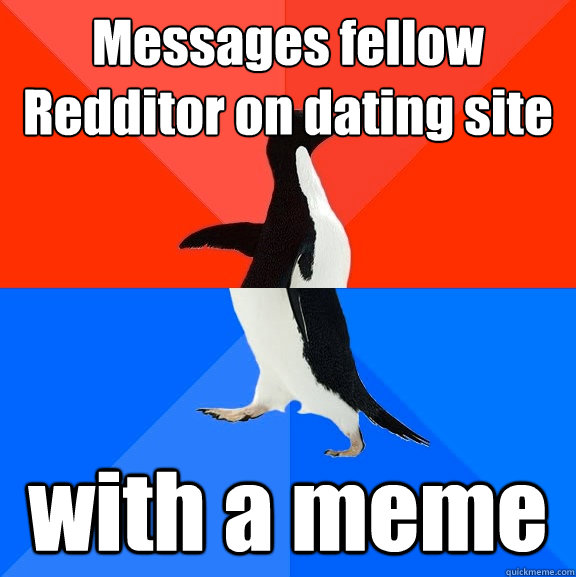 Sometimes, of all the awkward things to say, the most awkward is: nothing. Instead, you comment on your immediate surroundings, for example, the weather, the crowd, the ugly child over there Your date will then probably try to bring up a more interesting topic.

You should reply something neutral; just toss the ball back to your date. When asked a question, give a vague answer, so that your date is likely to rephrase it, or ask another one, trying to get you to talk. Beware of this old trick, and stick to your nonspecific replies. This may lead to your date talking way more than they normally would, trying to make up for your silence.

Funny memes that "GET IT" and want you to too. Get the latest funniest memes and keep up what is going on in the meme-o-sphere. May 15, - Explore roxsan13's board "Socially Awkward Penguin", followed by people on Pinterest. See more ideas about Socially awkward penguin, Awkward and Anxiety cat pins. The Imgflip watermark helps other people find where the meme was created, so they can make memes too! However, if you'd really like to, you can remove our watermark from all images you create, as well as remove ads and supercharge your image creation abilities, using Imgflip Pro or Imgflip Pro Basic. Do you have a wacky AI that can write memes.

Or, they may feel discouraged, and talk less. In both cases, awkwardness will be felt. Alternatively, you can simply talk too much. And what you speak about is also very important. 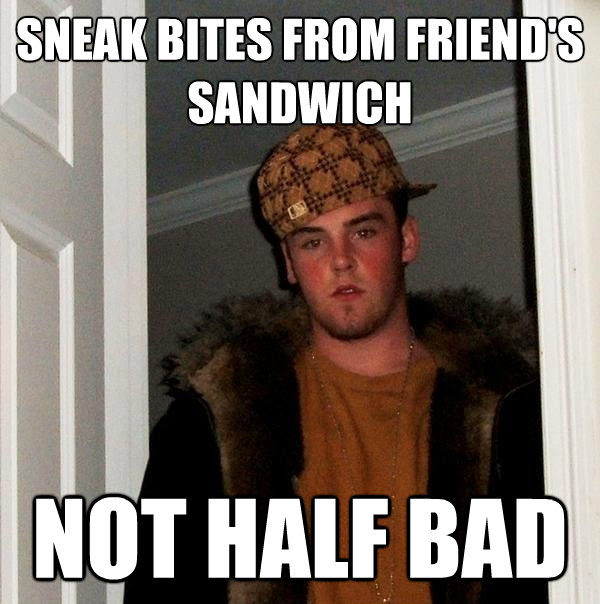 In contrast to the first method, here you should be as open and informational as possible. Your date is bound to feel awkward when confronted with such personal information on the very first date, and will be confused about how to react, whether to just make a neutral polite remark and move on, or to share a similar story. Who do you think survives?

No matter what, always be polite. Then, after a while, do this again, and again.

Another awkward thing to say is something that makes you sound like you expect a lot to happen between you and your date. She's also good at doing a play by play in her head over her latest fail. 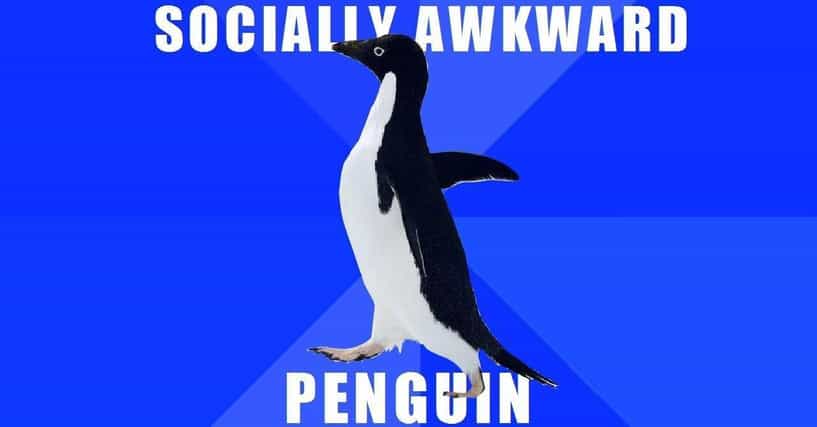 When your stress levels are rising it's hard to remember how to do some of the simplest things, especially when you've looked like an idiot when you've done them in the past. Awkward people understand what it's like to be awkward, and there's nothing better than having a BFF who totally understands what you're going through on a daily basis, especially if it's understanding without judgment.

Once you're done hugging, how do you disengage gracefully?

First of all, it's going to take a long time to convince her that you want to be with her, then when that's clear, she's going to get increasingly nervous building up to that first kiss. If she makes the first move, it's going to involve some alcohol, maybe a lot of alcohol.

12 Reasons Relationships Are So Awkward In The Beginning

It can feel to an awkward girl as if her body is entirely separate from her. She never knows what to do with her hands, has been known to trip over things, and sometimes just standing doing nothing seems impossible. One minute, she might think that nobody likes her, and then the next, know that when people get past her awkwardness, and see her for the amazing person she is, they usually really like her, because what's not to like? She has been known to accidentally makes up new words, or use normal words incorrectly.

rgers Dating Site is part of the Online Connections dating network, which includes many other general and autistic dating sites. As a member of rgers Dating Site, your profile will automatically be shown on related autistic dating sites or to related users in the Online Connections network at no additional charge. Clumsy. Embarrassing. Awkward. No matter who you are, everyone's had those moments. And it's times like those when we need someone the most. Well, you're in luck! Have no fear- Awkward Penguin will save the day! Well as soon as she can waddle herself over to you it's going to take awhile. Awkward Penguin- guaranteed. Jun 15,   And when you're dating an awkward girl, there are a lot of things you need to get used to. Some people may have an awkward stage, .

No matter how much she thinks about it, she sometimes has no control about what's coming out of her mouth. She may bring up weird conversation topics because silence can kill you.

Pickup Artists Will Always Be Pathetic